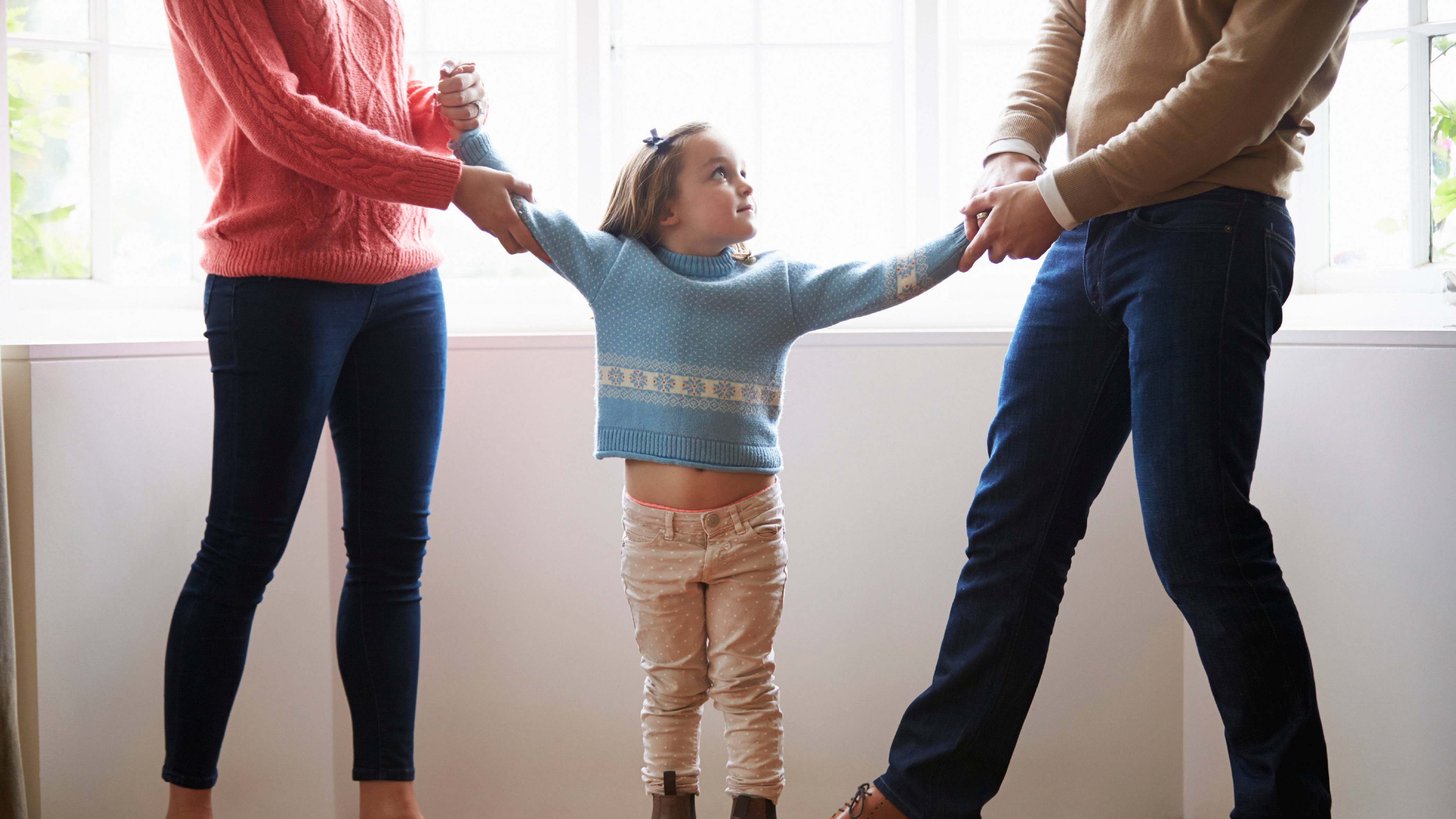 Custody Battle Brewing? Here's What You Should Know.

In today’s America, half of all children are born out of wedlock and about half of all married parents eventually divorce.  In other words, literally millions of American children are being raised by separated parents.  As a result, custody and visitation disputes are, perhaps, the most common disputes our courts face.

But don’t confuse “common” with “easy.”  There are few harder tasks than to resolve a dispute over how parents will divide their kids’ time, and under what conditions.  Why?   Well, here are just a few reasons:

While every custody case is different, virtually every litigating parent can benefit from some common sense advice.  If you, or someone you know and love, are approaching a custody dispute, here are ten nuggets of information that should help:

Are you afraid of the other parent?  If so, you need to act.  Do whatever you can to get yourself and your children out of that environment.  If you are not ready or able to leave, at least have a safety plan in place.  Many helping hands are reaching out to you.  Friends and family members want to help.  Counselors and psychologists want to help.  An attorney can help.

Here are some websites that can help, too:

Nugget #2: Self Care is Critical

There is a reason the airline attendant tells you to secure your own oxygen mask before helping others:  You simply can’t provide others your best help when your own condition is impaired.

You are in the midst of a crisis.  To navigate your way through, you need to think clearly.  You need to think well.  Unfortunately, this may be the time when you are the least able to do so.  Emotional fog impairs decisional vision.  Anger and depression hamper good judgment.  Alcohol or other dependency crutches weaken reasoning.

Help yourself by taking care of yourself.  Start with the basics.  Eat right.  Sleep well. Exercise.  If your problems are bigger than you are, connect with a counselor or psychologist.  Don’t worry that a judge will hold counseling and even prescribed medicating against you.  Judges would rather you take care of your personal issues than ignore them.

Hire (or at least visit) a good lawyer, and sooner rather than later.  Now is the time to make the best decisions you can, both for you and your children.  You can’t make good decisions until you are as informed as possible.

Clients too often arrive at their first lawyer visit with holes in their feet.  They’ve shot those holes themselves…by making, then executing, bad decisions.  Perhaps the best way to avoid self-inflicted wounds is to obtain sound advice, as early as possible.

You heard it from your mother.  You read it in the Good Book.  Your teachers told you.  Be nice!   This also happens to be the best legal advice…ever!

Do you like mean, angry people?  Judges don’t either.  It’s simple: They do not reward nastiness.  So, remember.  Anything you say and do can and will be used against you in a court of law.

If you would like to provide the other parent with great evidence to use against you, then communicate through cursing and anger.  Write poisonous emails and texts.  Turn your children against him or her.  When you do these things, you will hurt your own cause and help the other’s.

Or you can reject those nasty impulses and “be nice.”  Be the party who wears the white hat.  Let the judge see the difference between you and the other parent.  Be the kind parent, the one who encourages the kids’ relationship with the other.  And, if you can’t muster up “nice” or “kind,” at least muster up “business-like.”  Don’t treat the other parent any worse than you’d treat someone in your work environment.

The question is not whether children will suffer when their parents separate, it is how much will they suffer?  The answer is largely in their parents’ joint control.  Will mom and dad give the kids what they don’t need, or what they do.

When their parents’ relationship falls apart, kids do not need:

Instead, when their parents’ relationship falls apart, what kids do need is:

When custody is at stake, moms arrive at the lawyer’s office over-confident.  Dads arrive knowing the cause is lost.  Both are mistaken.

Judges apply the law in a gender neutral way.  Their job is to identify a parenting schedule (and conditions) that serve the children’s best interests.  Not mom’s wishes.  Not dad’s desires.

It may well be true that, statistically speaking, moms “win” custody more than dads.  It is a mistake, though, to attribute this fact to a mom-favoring judicial bias.  The reason is societal, not judicial.  We continue to live in a world where day-to-day, ground level parenting is done by women more often than men.

When a family has lived a life where mom takes the parenting lead, a judge will usually shape a similar arrangement when custody is disputed.

If you are involved in a new relationship, keep it to yourself.  The other parent rarely reacts well to news of a new significant other.  Instead, it’s usually game on!

Likewise, now is not the time to introduce your children to your new flame.  When kids are still reeling from their parents’ divorce or separation, it is unfair to heap another game-changer on them.  Doing so is often viewed as evidence of errant priorities.

Facebook is the new evidentiary treasure trove.  Be discrete there, too.  The other parent and those aligned with him or her are sure to harvest helpful (ie., harmful to you) information from your Facebook site and deliver it to the opposing lawyer.  You won’t win or advance your case through your postings.  But you might harm, if not lose, it.

Write information down.  Most of us have poor memories.  Critical details are quickly lost.

Courtroom disputes often involve “he said, she said” problems.  Courts routinely solve those problems by favoring the version supported by the best and strongest memory.  If one parent testifies with a general “she always” or “she never,” while the other parent testifies more specifically—with dates, times, and quoted statements—the more specific and documented version will usually prevail.

Like it or not, kids are often important witnesses in custody battles.  Many family clashes involve events that occur in the home, behind closed doors.  Family members, kids included, may be the best, if not the only, witnesses to domestic violence, intimidation, threats, and drug and alcohol use.

Although children’s testimony is often important, judges, lawyers, and parents usually try to insulate them from direct interaction with the court.  Thus, courts will often obtain a child’s information through an intermediary, like a custody investigator (the court’s custody expert) or a guardian ad litem (an advocate for the children).  Sometimes children provide affidavits (written testimony) with the help of the lawyer for one of the parents.

It is only on the rarest occasion that a child will actually attend a court hearing, give sworn testimony, and experience cross-examination.  On those occasions, the judge and lawyers de-escalate the formality and intensity of the event in deference to the child’s discomfort.

Lastly, it is important to know that, in the end, most of your earlier fears and worries will have been for naught.

The system almost always works.  More than 95% of all cases, of every kind, end by agreement, not by trial.  No one knows better than family law judges and lawyers how destructive a custody trial can be.  Consequently, the judicial system does all it can to direct parents to conciliatory modes of conflict resolution (most usually, to mediation).  In other words, in the end, with the help of your lawyers, you and the other parent will probably create your own solution.

When a custody case does go to trial, the outcome is usually the right one.  It is true that judges are intelligent people.  More importantly, though, they are wise.  Drawing on that wisdom, they don’t view custody cases as chances to identify “winners” or “losers,” but as opportunities to solve, and fix, and heal.

In the end, know this.  Whether your case ends by trial or by agreement, you and your family are going to be fine.  Really.

Learn more about how Gjesdahl Law can help: 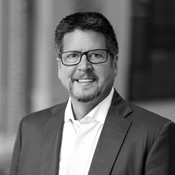